In March 2017, SafetySkills began the process of updating our course library to improve the way courses look and feel. For now only a few courses are available in this new format, but we will be updating courses in batches over the next several months, until our entire course library has been upgraded to this new format.

When launchinga course, the version 3 interface will now appear as:

When in a course, the version 3 interface will now appear as: 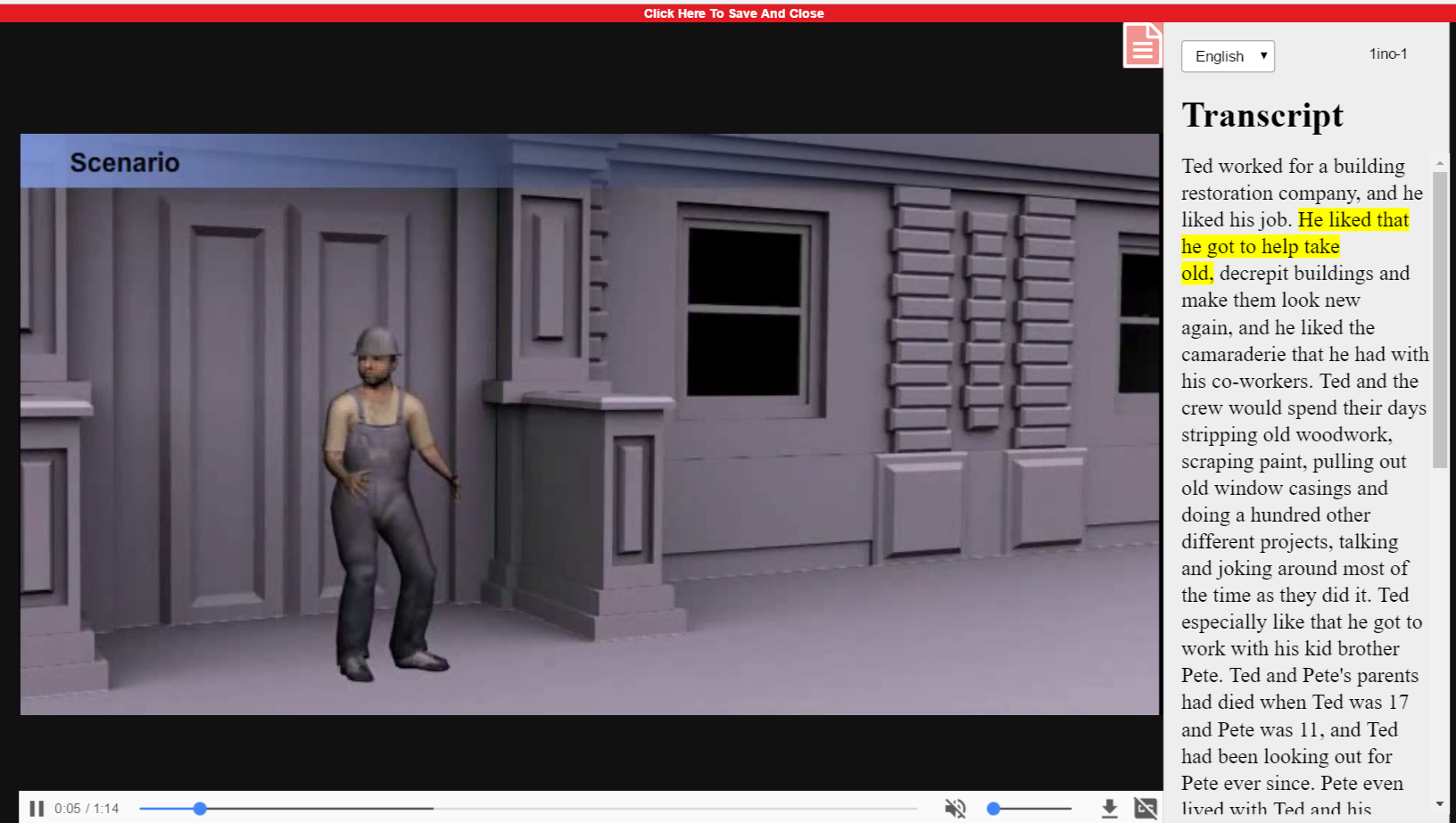 The Transcript button, now located in the upper right corner of the training, displays the full audio text in the right-side column, instead of at the bottom of the screen. This feature also now highlights the audio as the text is being read, allowing learners to follow along.

The navigation buttons will now appear at the end of the frame. Instead of the “Next” and “Back” buttons populating at the bottom of the screen, they will now appear after the frame has played. The bottom of the screen will now only display the scrub bar to track the progression of the video, the play and pause buttons, mute and volume control, as well as a button for turning subtitles on and off.

The question frames may offer multiple branching options, allowing learners to fully explore scenarios. While some question formats, such as multiple choice and true/false, will stay the same, the new question format allows users to choose multiple actions to complete a competency scenario.

When resuming a course, the page will display:

The Continue button will display which language is currently selected. The Return to Menu button will clarify that clicking it will lose any progress within the course.